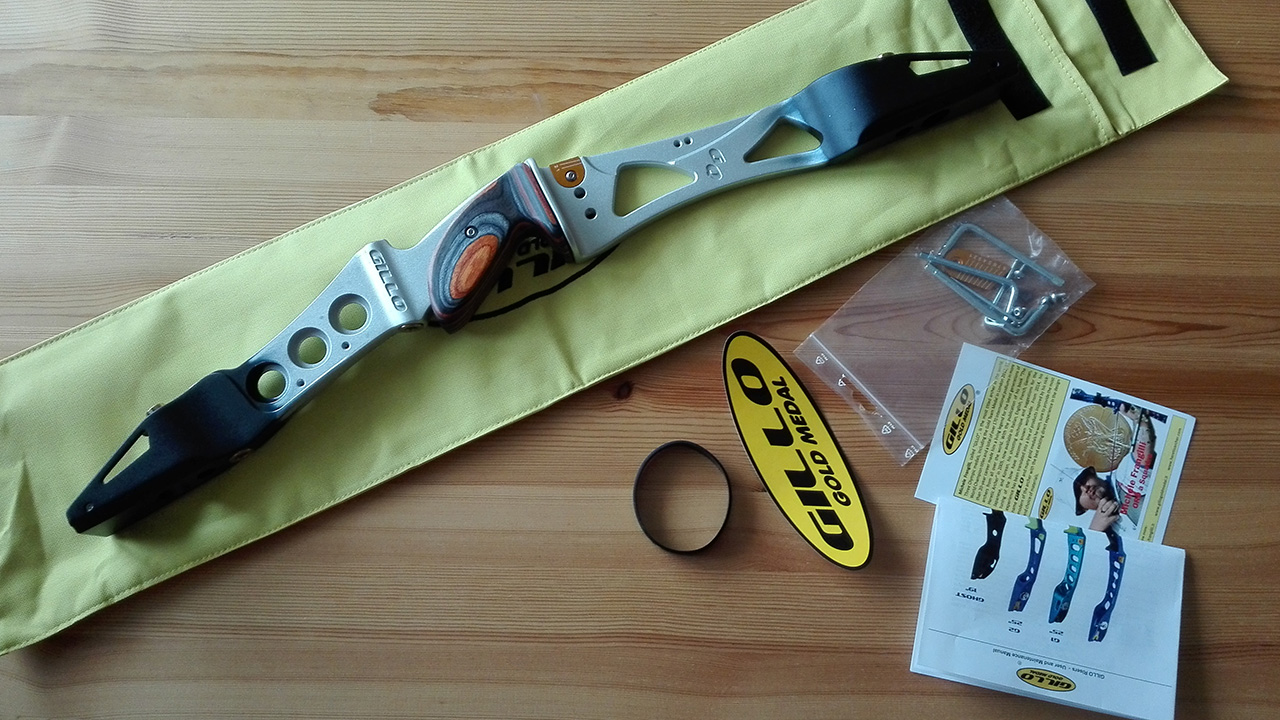 End of summer 2017, I am getting to my post to retrieve the package I have been looking forward to. Inside, there should be a new recurve riser for me. It is almost 4 years since I bought my first recurve riser, the SF Forged+. Since the start of my archery days I was shooting olympic recurve. I was 2nd at the national indoor championship and we were 1st with my team in 2017. I had big anticipations for one of the first risers Gillo GQ 25L that were produced and I was happy to be able to order one through our Czech retailer. After 1 year of shooting with Gillo, I think time has come to share my experience.

My first impression was a small let down. I have ordered silver/black colour and the silver was more greyish and dim than I have anticipated. But as I have later found out, this was because of the non-scratch surface treatment of the riser. Also the riser had small scratches from the machining but no big deal. Overally the package was beautiful and immediately I went for changing the clicker plate for larger one. I really love the clicker cutout, but certainly it functions only if you hold your clicker only with the small screw. Usually the clicker is supplied with large circular plastic that cannot be used in the cutout, there is not enough space for that. The grip of the Gillo is very nice and comfortable as it is rounded on the top. For me it was more low than I wanted, so later I have changed that for my own, 3D printed. The brace height of the bow appears to me a bit higher than it was at same poundage with SF forged+. The geometry looks different.

The limb pockets are really sturdy. Once set up, they hold the limb position. I came to check the alignment of the limbs several times, as my former riser loosened a bit after months of shooting, but in this case, no tightening or position change were necessary. Once, I have misplaced the limb bolt above the pocket by mistake, and went shooting. Nothing wierd with sound or anything with the bow, but have noticed it after 12 arrows that arrow points oddly to left side. I could not have seen where the mistake was, as the bow was sturdy as ever, but clear inspection shown the mentioned misplacement. So the only thing bad about the limb pockets was that in my original package one small adjustment screw was missing (the retailer got me spare one in one week).

I have improved my scores indoor (by 2points to 557 – 4 months use) and outdoor – 70m (by 26 points to 617) and was 4th at the national Outdoor championship. As the riser was not the only thing that I have changed this cannot be objectively said, that it makes you score better. But certainly it does make you look awesome. It is very high quality, reliable riser with cool looks. Holding it gives me confidence. And the non-scratch surface is really useful.